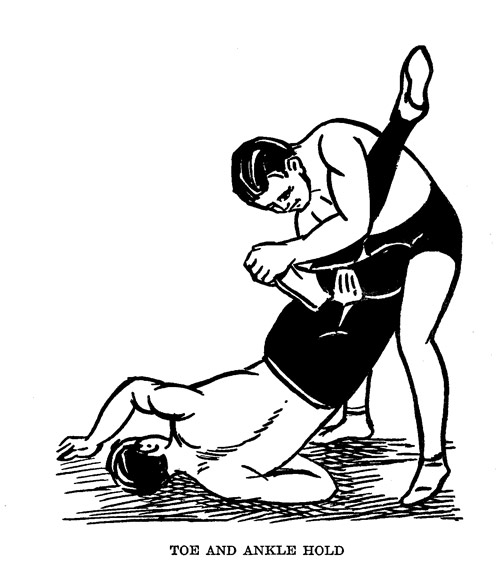 Catch wrestling, in the United States, gained its most prominent fame during these notorious Athletics shows. It was a popular sport that early on featured predominantly veterans of the Civil War who had wrestling and fighting skills but lacked an appropriate outlet in which to showcase them. They would join these traveling carnivals and go from town to town offering to fight the local tough guys. The rules of the matches often varied from carnival to carnival and even town to town. The goal of the match was relatively simple. They would carry the hometown hero through a number of rounds to create a show worth watching for the paying crowd and defeat him using pins, submissions and takedowns.

Like all forms of wrestling, Catch wrestling can trace its roots back to ancient Greece where wrestling was a part of life. Cultures even older than the Greeks such as the Egyptians and Babylonians also had various forms of grappling. The name Catch Wrestling actually comes as an abbreviation of “catch as catch can,” a phrase originating in Lancashire England which means; “catch me if you can.”[2] What came to be this style of wrestling seems to have originated in northern England Lancashire which was at one time one of Britain’s largest ports populated with coal miners and steelworkers men who often travelled bringing in techniques from all over the world.[3] Catch as catch can made its way to the United States like most of the original combatants first did; by immigration.

The rules of the matches were astonishingly simple. There was no kicking, punching, tearing, scratching, or biting. But there were also no illegal moves when it came to takedowns, throws, ground based wrestling rides, breakdowns and transitions, or submission holds. There was no point system assigned. To win, one would have to achieve a pin, submission or the best two out of three falls. Catch wrestling even earned itself the moniker of “the violent art” because the aggressive nature of the event far outmatched similar eastern practices such as Jiu-jitsu or Judo. 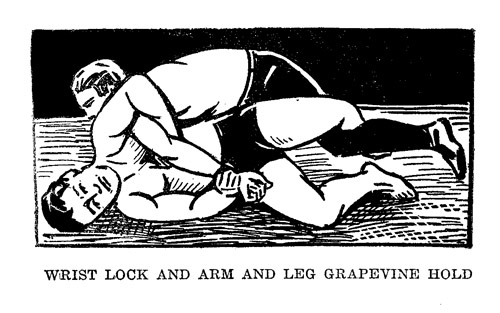 The popularity of Catch wrestling in both the United States and the United Kingdom mushroomed in the early twentieth century in such a way that it became an Olympic event. Catch as catch can debuted in the 1904 Olympics in St. Louis. Despite the claim of participants representing various countries, all competitors were Americans. In the 1908 London games, both Catch wrestling and Greco Roman wrestling were included. Unfortunately for the sport, it was removed from competition in the 1912 Stockholm games and the Olympics of 1916 were of course cancelled by World War I. The 1922 Olympic games in Antwerp were to be the last that would see Catch wrestling performed as an event.[4]

In 1922, the AAU (Amateur Athletic Union), a non-profit organization dedicated to the development of amateur sports, decided to abandon Catch wrestling. Instead, the organization chose to adopt both Greco Roman and Freestyle wrestling as official styles. By the 1940s, it’s popularity within the culture had almost completely faded away. With no ability for wrestlers to compete, Catch as catch can mostly became extinct. 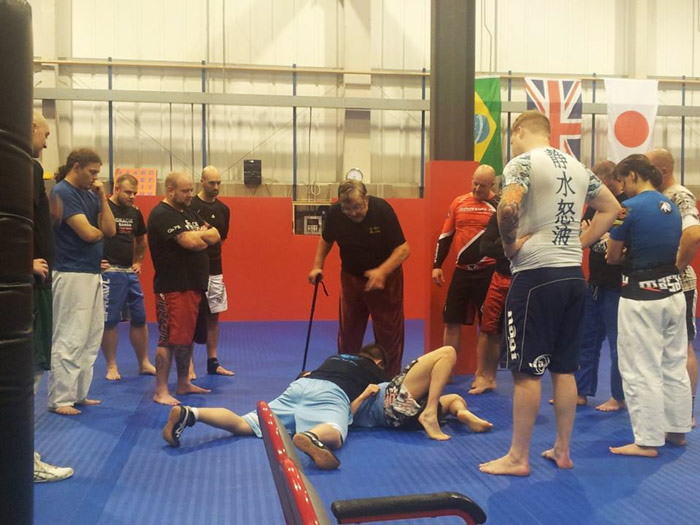 Today, catch wrestling is largely a thing of the past. There has been some recent resurgence of interest. Men like Karl Gotch, Billy Robinson, Billy Wicks, and Dick Cardinal were a few of the last “old timers” to have been able to pass on their knowledge and keep the style alive.[5] In MMA fighters such as Sakuraba and Josh Barnett both trained in Catch Wrestling have also brought the style back from obscurity.

“Toe and Ankle,” &  “Wrist Lock And Arm Lock And Leg Grape Vine Hold,” Illustrations from Robbins, George Sanders. How to wrestle;: Instructions based on the work of Frank A. Gotch