Who is the Worlds Deadliest Fictional Ninja? 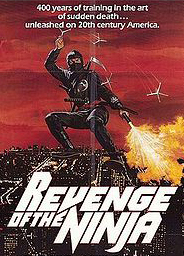 1. Cho Osaki; Revenge of the Ninja (1984) The film has everything from massive Ninja battles, to the final duel to the death atop of sky scraper. Even better Cho Osaki was played by Sho Kosugi a real Japanese Martial Artist and Karate champion with real training in Ninjutsu, Kendo, Judo and Aikido (which is why I gave him the # 1 spot).

2. Snake Eyes; G.I. Joe (1982) This is probably my favorite Ninja of all time. Nearly all the back ground information on Snake Eyes (where he came from, who trained him ect.) is classified. Along with all the traditional weapons Snake Eyes is also armed with lots of grenades, guns and modern weaponry. He is for the most part a loner but occasionally teams up with his German Shepard Timber Wolf which is awesome! He always kicks Storm Shadows ass and is the quintessential modern day Ninja. 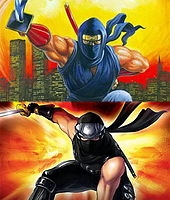 3. Ryu; Ninja Gaiden (1988) Making his debut on the Nintendo Entertainment System (NES) along with Double Dragon this video game ignited a new wave of popular martial arts and Ninja themed games. The character would go onto launch around 16 new versions of the game along with a complete trilogy and back story.  However most important and the primary reason Ryu deserves the respect of the number 3 deadliest fictional Ninja is because he was also the first popular Sleeveless Ninja.

4. Elektra; Daredevil, Marvel Comics (1981) A female Ninja Mercenary, Elektra’s red costume, use of double Sais and love interest in Daredevil made her one of the most dynamic Ninjas of all time. Frank Miller, created Elektra believing a superhero vigilante needs to be challenged and would never settle down with a boring “Louis Lane” or “Vicki Vale,” he described the relationship between Elektra and Daredevil as his exploration of “Superhero Sex.”[1]Ultimately it is this character alone that transformed Daredevil a rather lame 2nd tier Marvel title into one of the most popular books on the Marvel line. Elektra is so popular Miller’s wish to leave her in the grave having been killed by the assassin Bulls Eye would never be honored.

5. Scorpion; Mortal Kombat (1992) Scorpion is an undead Ninja on the hunt to avenge his death. Having the awesome Catch Phrase of “Get Over Here” coupled with the ability to impale people with a Kunai that launches out of the palm of his hand attached to a rope  you would be hard pressed to find a deadlier Ninja any where ever! 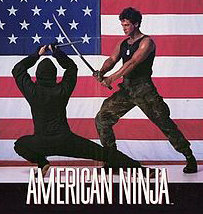 6. Joe Armstrong; American Ninja (1985) A guy that has amnesia but can still always remember his Ninja Skills. Single handedly takes on a host of mercenaries in the Philippines and dismantles entire hordes of Ninjas at a time. American Ninja is exactly what any good Ninja film is all about.

8. Jubei Kibagami; Ninja Scroll (1993) western release 1995) Once a member of a Ninja team now a roaming swordsman for hire this guy battles demonic humans often slicing them to pieces. With numerous over the top fight scenes animated to a level of mastery that still holds up to this day Ninja Scroll is a movie that at one time was an introduction to the Anime genre for many fans. Later Ninja Scroll would spin off as a popular Anime television series which follows Jubei wandering Feudal Japan as a mercenary Ninja.

9. Raizo; Ninja Assassin (2009) Raised to become the most lethal Ninja Assassin in the world he turns his back on his clan, and becomes hunted. The rest of the story doesn’t really make any sense but it doesn’t matter because everything that has to do with Ninjas in it is great.

10. Batman; Detective Comics (1939) technically not a hired assassin Batman works for himself and fits all other criteria of being a Ninja and thus deserves an honorable mention as he is my favorite of all comic book characters.